Instant Pot loaded potato soup is perfect for those cooler months. Hearty and full of flavor and a great family weeknight meal.

I was happy to pull out my Instant Pot  to make this loaded potato soup. If you love baked potato soup, then I know you will love this recipe. It doesn’t take a lot of ingredients and it really comes together quickly. Potato soups are a big comfort food, and with the addition of cheese it’s hard sometimes to stop at only one bowl. I added bacon to my soup because I believe that bacon makes everything better. The saltiness it gives to the soup is really good.

What are russet potatoes?

Russet potatoes are the most common variety of potato in the United States. They are are high in antioxidants, are a good source of iron and magnesium.

What you’ll need to make this recipe.

Start by placing the olive oil in the pot and turning on the sauté button. Heat the olive oil, then add the onions and cook for a few minutes, until soft. Add in the garlic and cook for 1 minute while stirring so garlic doesn’t burn. Next, add in the chicken broth, canned soup, potatoes, salt, and pepper and stir well. Put the lid on and close the vent valve. Cook over manual high pressure for 10 minutes, then quick release the pressure.

While the soup is cooking, stir together the milk and flour in a small bowl to make a slurry. After soup is done cooking, oven valve carefully. Once steam has completely released and the pin has dropped, open the lid and stir in the slurry. Turn the pot on to sauté and cook the soup for about 5 minutes, until it’s thickened. Stir in the 2 cups of cheddar cheese and stir until melted.

What toppings go on Potato Soup?

You can add whatever toppings you’d like such as additional shredded cheese, crumbled bacon, green onion, or sour cream.

How long does potato soup last in the refrigerator?

Homemade potato soup will last for about 3 to 4 days in an air tight container in the fridge.

Can I freeze potato soup?

Yes, potato soup can be stored safely in the freezer for 2 to 3 months in a freezer safe resealable bag. However, potatoes tend to change consistency after they’ve been defrosted, so the soup may not be the same.

I’d love to hear your thoughts. Comment below or tag me on Instagram. And don’t forget to Pin it for later!

This post may be sponsored or contain affiliate links, which means I may receive a small commission, at no cost to you, if you make a purchase through a link. See my full disclosure here.

for your weekly recipe fix.

Hi and welcome! My name is Erika and I’m a huge foodie with an appetite for almost anything. I love all foods, especially desserts! I try to cook things that are simple, practical, and delicious. Read More… 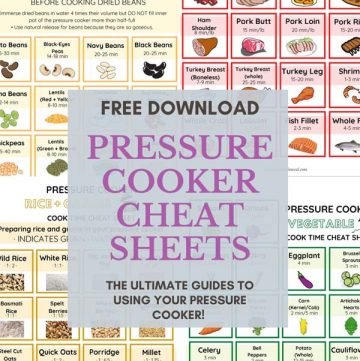 Simply Low Cal is a participant in the Amazon Services LLC Associates Program, an affiliate advertising program designed to provide a means for sites to earn advertising fees by advertising and linking to Amazon.com.